A novel by Jennifer Caloyeras 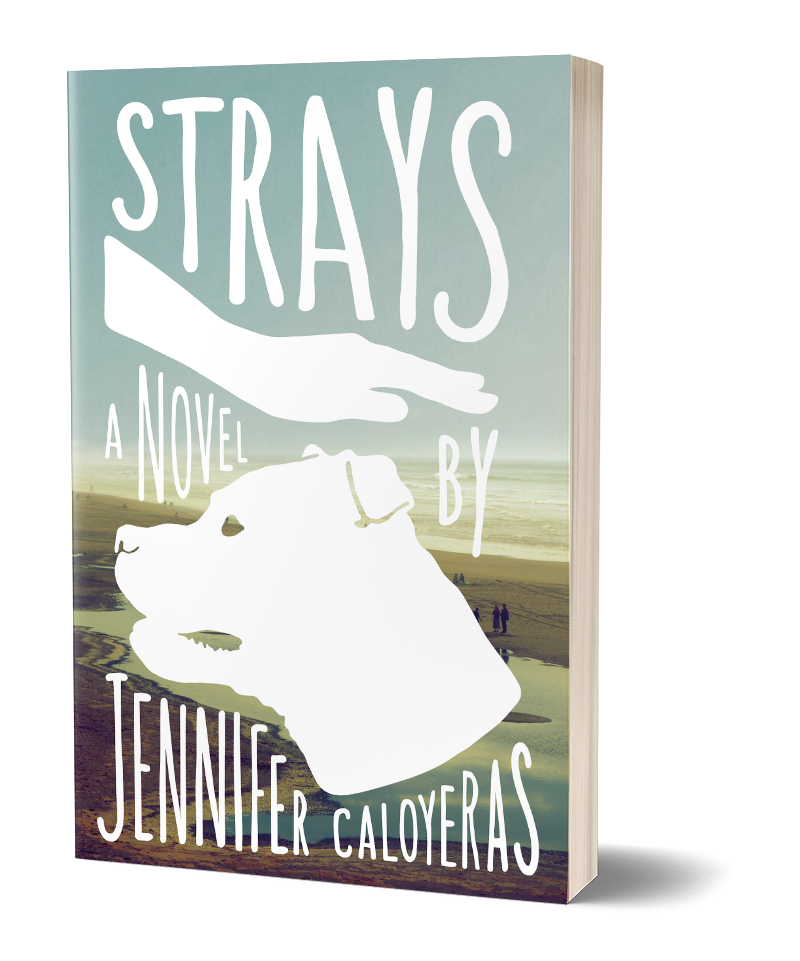 "...an engaging book about a journey of self-discovery that should inspire readers of all ages."

"Strays will find its way into your heart."

Sixteen-year-old Iris Moody has a problem controlling her temper—but then, she has a lot to be angry about. Dead mother. Workaholic father. Dumped by her boyfriend. Failing English.

When a note in Iris’s journal is mistaken as a threat against her English teacher, she finds herself in trouble not only with school authorities but with the law.

In addition to summer school, dog-phobic Iris is sentenced to an entire summer of community service, rehabilitating troubled dogs. Iris believes she is nothing like Roman, the three-legged pit bull who is struggling to overcome his own dark past, not to mention the other humans in the program. But when Roman’s life is on the line, Iris learns that counting on the help of others may be the only way to save him.


"Strays is a coming of age story that is as original as it is revealing, with a heroine who is highly relatable. Author Jennifer Caloyeras' depiction of a young girl's struggles to find a way to move beyond her angst is a refreshingly honest tale which will appeal to readers of all ages...This book is highly recommended."

"I wholeheartedly recommend this book. Caloyeras captures the angst and discomfort of teenage years, especially for kids who have had a rough childhood. And she weaves into the story some very real dogs, each of whom has come from a punishing life. They are all strays of sorts. And there is hope for all of them."

"There’s been much talk about the age-bending popularity of young adult books, and with Strays, a novel by Jennifer Caloyeras, one can readily understand why...an engaging book about a journey of self-discovery that should inspire readers of all ages."

"A touching story about the unlikely bond between a troubled teen and an unwanted dog, Strays by Jennifer Caloyeras embodies the spirit and power of second chances...Caloyeras’ prose is instantly captivating."

"Strays tells what happens when two wandering creatures find one another, overcoming their fears to make friends and rise above their dark reputations...Young adults who want a story of more than an animal rescue or a sixteen-year-old's angst will find Strays a compelling saga."

"More than a coming-of-age story, Strays captures the essence of a young woman’s struggle to stay balanced and sane when her entire world has toppled and none of the landmarks remain true. Drawing beautiful (and unexpected) comparisons with the dark side of fairy tales, Jennifer Cayoleras weaves a compelling story that remains emotionally honest throughout. I couldn’t put it down. A ‘must-read’!"

"In this novel—appealing as a puppy, sleek as a greyhound—Jennifer Caloyeras reminds us that healing can be found in the most unexpected places. Strays will find its way into your heart."

“Strays is so much more than a story about a young, angry girl who learns to trust others and accept their help. It’s about grief, compassion, understanding and forgiveness.”

“… the reader can see the human-animal bond grow and enjoy Iris’s growth and turning points as well…a well-written story and a very enjoyable read.”

“A sweet story with a lot of heart…a story about trust, redemption and acceptance. Readers young and old will appreciate this one.”

“...the author did a great job capturing the human animal bond, and this would be a great book to share with the young adults in your life."

“This story teaches that healing can come from the last place you'd expect—which could be a frightened, three-legged pit bull named Roman. The title is fitting, not just for dogs, but for troubled teens who feel like unwanted strays."