A story by Midge Raymond 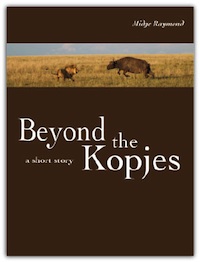 
Available as an e-book:

“Translation Memory,” a short story from Midge Raymond’s award-winning collection, Forgetting English, is about a couple traveling to Japan on a nearly broken marriage, until they find hope for reconnection in one of the country’s oldest spiritual traditions.

“A couple who have recently had an abortion take a trip to Japan in the story ‘Translation Memory.’ The husband compares the economy of Japan, its sparseness, its efficiency and economy of space, with his own relationship … Raymond also uses the analogy of translation and technology, the problems associated with it; what can be lost or confused in translation as a parallel for the couple’s communication breakdown….Raymond’s style of writing is engaging, her locations exotic, her endings are often resonant and deftly written.”

“The opening to ‘Translation Memory’ is fraught with tension between two characters over the things that go unsaid … One of the strongest aspects of Raymond’s writing is the way in which she shows relationships that are inches away from apathy—but in those few inches lies the hope that it might actually survive. Whether a relationship lasts or not comes second to a character’s need to believe that it could.”