The Ghost Runner by Blair Richmond

Book Two of The Lithia Trilogy 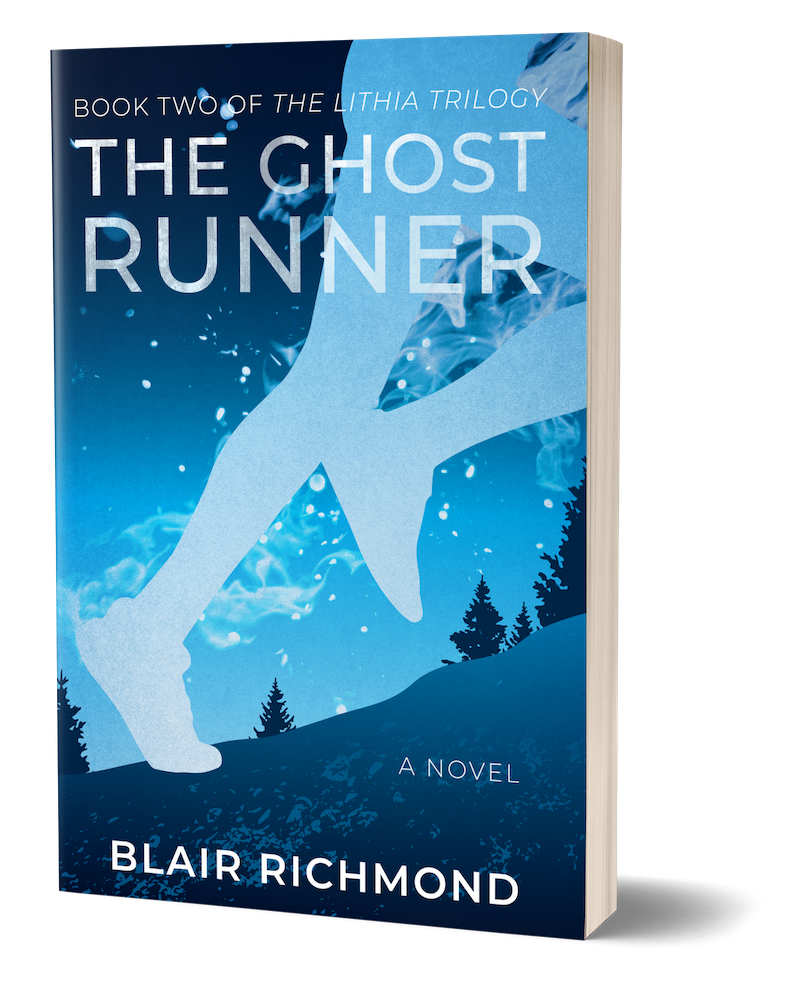 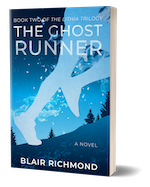 "I loved The Ghost Runner as much as I loved the first book, Out of Breath."

"I think the sequel is just as good as the original. I enjoyed the subtle personality changes that we see with Katherine. She has evolved as a character, which is what we wish out of all our protagonists: to see a bit of a change in the way they look at life…This is a fun addition to its genre and one that I easily recommend to all lovers of paranormal fiction."

"[A] fast-paced trilogy…The Ghost Runner perfectly captures its setting while adding in engaging characters and a dose of the supernatural."

In The Ghost Runner, Kat is still in Lithia, trying not to see Roman’s face everywhere she looks. It’s not easy, but she tries to move on: She starts taking classes at the local college, keeps up with her job at the running store, and is beginning a relationship with Alex.

Yet Kat’s past is never far behind, and as old ghosts begin to catch up with her, she finds herself fighting to defend the things she believes in, from the hope of a new family to the deeply wooded forests that she has begun to call home. As her relationship with Alex begins to crumble, a new secret from her past emerges, and she is once again torn between those she loves as she struggles to reconcile her dark past with her hopes for a brighter future.

The Ghost Runner, continuing Kat's adventures in Out of Breath, brings us further into the mysterious town of Lithia, where the old traditions of logging and gold mining—and the new traditions of development—collide with conservation. Meanwhile, the spirits of the town keep watch over everything—and occasionally find it necessary to intervene…

The Lithia Trilogy, which blends adventure and the paranormal with environmental awareness and Shakespeare, offers an exciting new series in young adult fiction.

Don't miss the other two books in the Lithia Trilogy: Out of Breath and The Last Mile.

"Vegan vampires, Shakespearean actors, food–co-op aficionados and serious runners face off against old-school bloodsuckers and rapacious, forest-devouring builders in this follow-up to Out of Breath (2011) set in—where else?—Lithia…Spunky Kat is good company; Alex and Roman are better defined this time around, but most vivid character honors go to the setting, whose tall evergreens and babbling brooks, shadowed by brooding mountains, enhance the sturdy plot. Thoroughly entertaining."

"The question of who will prevail in this battle of good against evil, of humility against greed, is the most pressing of several cliffhangers that will keep readers eagerly awaiting the third and final volume in Richmond’s compelling trilogy."

"[A] fast-paced trilogy…[Richmond] does a great job capturing the flavor, politics and issues of the town…The Ghost Runner perfectly captures its setting while adding in engaging characters and a dose of the supernatural."

"Maintaining the fast-paced, mysterious tone of the first book, Richmond has succeeded in developing Kat’s character and that of those closest to her. Never wavering from the unexpectedly blended themes of environmental awareness and the paranormal, the reader is reminded that things are often not as they seem, and that sometimes we have to look back in order to move forward. And let us not forget the delicately placed Shakespeare component. It is Richmond’s modern take on the ancient language and introspective view of human (and not so human) nature that has the reader believing in all things, both seen and unseen."

"The Ghost Runner by Blair Richmond is a solid second book in a trilogy. The novelist mixes environmental concerns with themes of finding your ground amidst a turbulent sea and the ghosts of the past. It’s about dealing with your responsibilities as a part of nature and as a part of a wider society, and more than that it’s about changing your own actions and behaviors to make the changes in the wider society and world you seek."

"Amazing surprises … Loved how it flowed … Two thumbs up!"