A novel by JoeAnn Hart 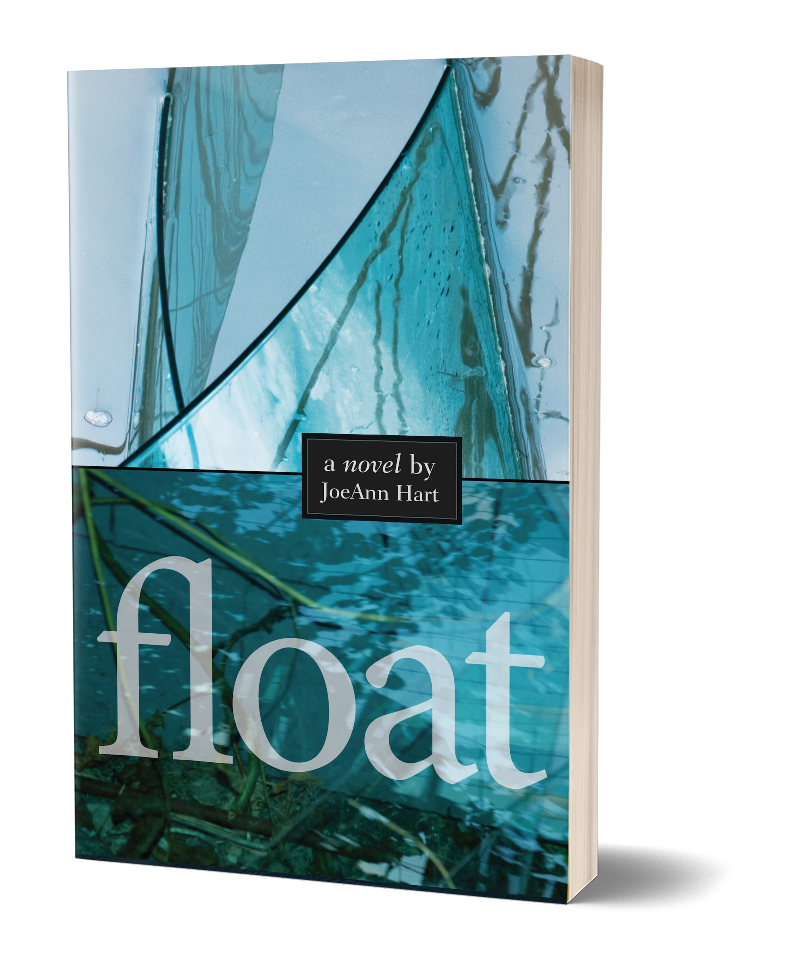 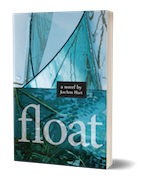 
"Could there be a more hilarious sad sack than Duncan Leland, whose trials and tribulations, so wittily conveyed, had me laughing (and wincing) from the first page? Hart's Maine landscape is rich with eccentric characters, dried fish, and other surprising and original treasures. While Duncan sinks, the reader will float on a cloud nine of classy entertainment."

"In a literary alchemy, Gloucester author JoeAnn Hart has transformed the essence of the word 'float' and its multiple meanings into an environmental novel featuring Maine characters as complex as those who reside in this city, the nation’s oldest seaport…Although the novel is humorous in its satire, the plot revolves around the current world crisis concerning the toxic nature of plastic refuse floating in the Earth’s oceans."

"JoeAnn Hart writes about environmental concerns that affect coastal regions, where sea and land meet, and where ecosystems are made even more fragile by man’s irresponsible pursuits. Her characters are observant and engaging, her prose layered with metaphor, her setting lush with realism, and her themes linked to the beauty and tragedy of the natural world."

"In Float, art is far more than decoration. It is the power of achievement and change. Out of it, we're encouraged to believe, may come the transformation of our world."

"…a stellar model of eco-literature…"

When everything around you is sinking, sometimes it takes desperate measures to stay afloat...

When Duncan Leland looks down at the garbage-strewn beach beneath his office window, he sees the words God Help Us scrawled in the sand. While it seems a fitting message—not only is Duncan’s business underwater, but his marriage is drowning as well—he goes down to the beach to erase it. Once there, he helps a seagull being strangled by a plastic six-pack holder—the only creature in worse shape than he is at the moment.

Duncan rescues the seagull, not realizing that he’s being filmed by a group of conceptual artists and that the footage will soon go viral, turning both him and the gull into minor celebrities. And when an unsavory yet very convincing local, Osbert Marpol, talks him into a not-quite-legitimate loan arrangement, Duncan can’t help but agree in a last-ditch attempt to save the jobs of his employees.

For a while, it seems as if things are finally looking up for Duncan—yet between his phone-sex-entrepreneur ex-girlfriend’s very public flirtations and the ever-mysterious terms of his new loan, Duncan realizes that there’s no such thing as strings-free salvation—and that it’s only a matter of time before the tide rises ominously around him again.

"Float is a story that presents in novel form serious environmental concerns now being discussed pretty much anywhere ocean brushes up against land and man and sea interact. Intersecting with all of these is the role of art in our world. In Float art is far more than decoration. It is the power of achievement and change. Out of it, we're encouraged to believe, may come the transformation of our world."

"The book is pitch-perfect and stays precisely on point…There are many levels to Float, from its relentlessly comic banter to its examination of relationships mired by misunderstandings to the parallel presentation of an ocean community struggling with its reliance on a way of life that’s quickly growing out of reach and its very real identification with that outmoded livelihood. All of this cast in a maritime milieu that never wavers. And all of this presented against a backdrop of a world being strangled and overtaken by its litter and garbage, by 'the ugly consequences of human excess' … Hart does a remarkable job of keeping this excess front and center but in a way that’s never deliberate, fake or intrusive. It’s a stellar model of eco-literature and should be viewed as such."

"[Float] is all of these things: joyful and troubling, hilarious and somber, evocative and introspective."

"In this witty, profound, and beautifully observed novel JoeAnn Hart follows the vicissitudes of Duncan Leland, the beleaguered owner of Seacrest Ocean Products as he grapples with bankruptcy, conceptual art, and marital woes. I very much admire the contemporary concerns of Hart's characters and her intricate and entertaining plot."

"Float is the novel behind Martin Luther King’s quote 'We are caught in an inescapable network of mutuality, tied in a single garment of destiny. Whatever affects one directly, affects all indirectly.' JoeAnn paints the picture of human and nature, and human nature, with humor and through a relatable story, making the daunting task of getting our act together on this planet surmountable."

"JoeAnn Hart's newest novel, Float, takes a darkly comedic look at [a] very serious topic…there are weighty and important issues buried in the black humor: the human impact on the world's oceans; infertility, which might be caused by our careless disposal (and over-reliance on) plastics; and overfishing and the economic impact of this, to name a few…an enjoyable read which shines a light on the possible toll our continued inattentiveness to our environment could exact."