An eco-mystery by Cher Fischer 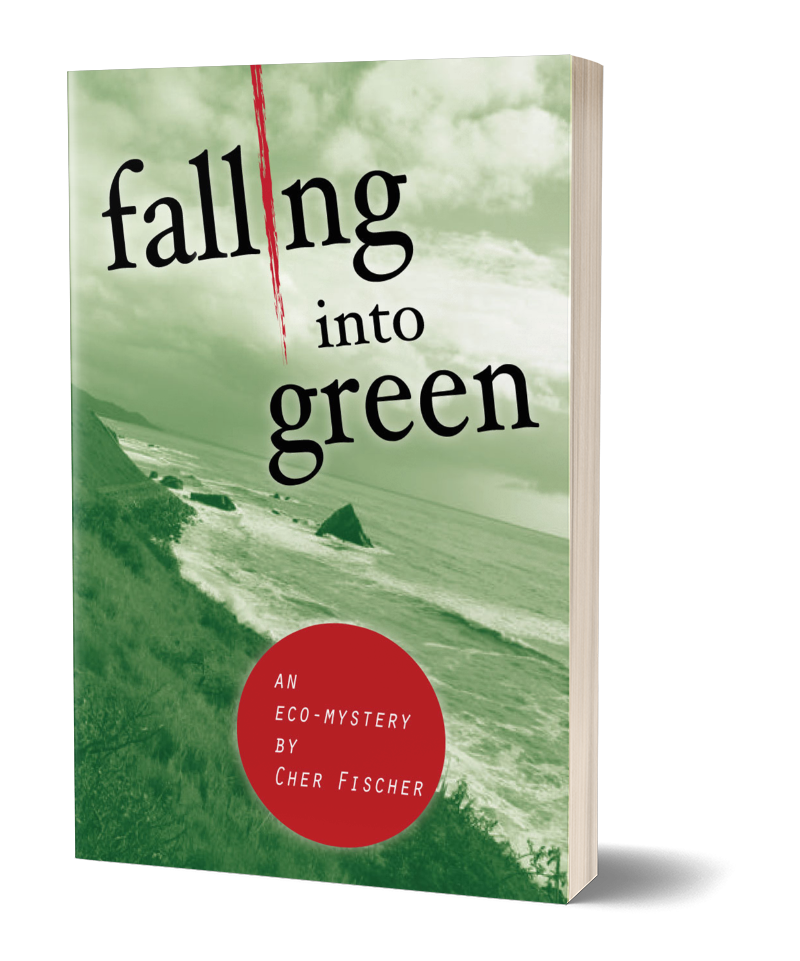 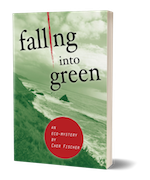 "Falling Into Green is one of the freshest mysteries on the book scene."

"Appealing…the aptly named Dr. Green and her friends are fresh enough to recycle."

Everything — in nature and in murder – is connected...

As an ecopsychologist, Dr. Esmeralda Green is skilled at solving the mysteries of the mind, especially if they collide with the laws of nature. But when a body is found below the crumbling cliffs near her Los Angeles home, she is pulled back in time to a tragedy that defies all understanding.

When a young girl is murdered at the same cliff that took the life of her best childhood friend, Ez suspects the two are connected — and, having always lived up to her ecological name, she has learned to trust her intuition and the cues that the natural world can offer. In fact, from her hybrid car to her organic diet, Ez is living a sustainable life in every way — except for the man she’s falling in love with, an attractive TV news reporter who drives, of all things, a Hummer.

After Ez discovers a key piece of evidence, she is swept into a maze of corporate corruption and family secrets whose depths seem to have no bounds. As she finds herself venturing into ever more treacherous territory, her intuition and psychological skills can take her only so far. With the memory of her childhood friend haunting her at every turn, Ez finds herself falling further and further into danger…

Both an eco-mystery and a love story, Cher Fischer's captivating debut novel offers an intimate look at the myriad ways in which nature defines us.

"Falling Into Green is one of the freshest mysteries on the book scene. Dr. Esmeralda Green’s ecopsychological take on murder and eco-crime are fascinating, and the thrilling pace and witty, sensual relationships and dialogue will keep readers coming back for more."

"Both a love story and a murder mystery/thriller, Fischer skillfully makes you think about the linkage of the psyche to our surroundings and the world in which we live. This book will capture and keep your attention until the very last page."

"Cher Fischer, an ecopsychologist who writes fiction and mystery as well as any veteran novelist I can name, has produced an exciting, educational, and thought-provoking story that is a must read for anyone interested in learning more about the interrelation of environmentalism and our mental health…brilliant character development and dialogue, and enough of a peripheral focus that blended and balanced the wealth of information Fischer litters throughout, with the perfect amount of fiction and entertainment. It works just beautifully."

"Falling Into Green is an eco-mystery set at a fast pace, punched through with staccato sentences, twisting plot, shifting landscape, and a mighty heroine for the 21st century. Esmeralda Green is a vegan eco-psychologist, non-apologist, quick-witted, horse-loving, tree-hugging, and a deeply lovable defender of all things vulnerable."

"Author [Cher] Fischer explores an impressive number of environmental concerns, including little-known problems like the fatal consequences to sea life of desalination machinery. While entertaining, Falling Into Green is also an education. Sometimes inspiring and sometimes discouraging, the novel delivers an interesting mystery and a profile of a woman trying to solve the problems of a society that is barely even aware of them."