A novel by Mindy Mejia 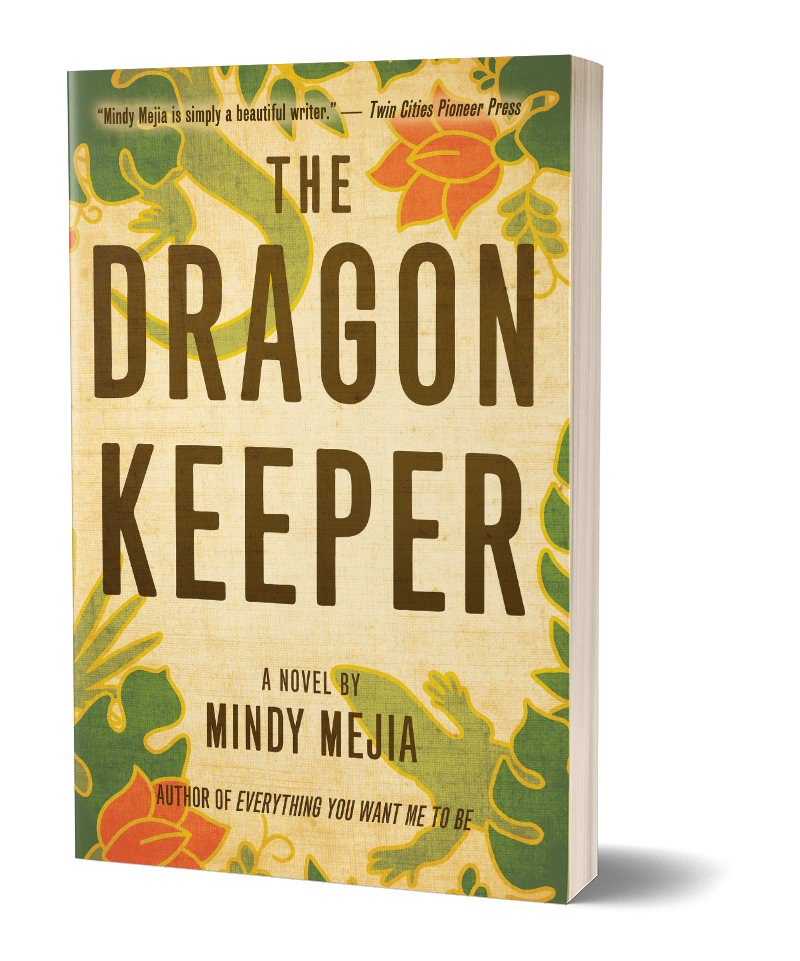 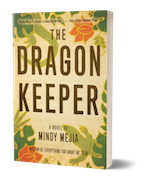 
"Only a skilled writer could make readers care about a Komodo dragon. That's what Mindy Mejia does in her debut novel, The Dragon Keeper, a sort of ecological love story in which zookeeper Meg Yancy guards and protects Jata, the Komodo dragon that has been in her care at a Minnesota zoo since it arrived from Indonesia…After a heartbreaking/terrifying scene (I dare you not to cry), we're given a perfect ending."

"[A] layered, complicated, and challenging story…While painting a portrait of an imperfect but idealistic and dedicated woman, The Dragon Keeper also raises some difficult questions about the preservation of endangered species and our responsibilities for non-human animals."

"In her debut novel, The Dragon Keeper, Mindy Mejia strikes just the right balance between interrogation of societal behavior and compelling entertainment…I was impressed by the way Mejia structured this novel to aid character development, enhance suspense and imbue gravitas…Mejia’s writing style is refreshingly down-to-earth and accessible while still conveying dignity and a sense of grandeur in passages…an entertaining story that will leave you with a broadened mind and a sense of hope."

"Mindy Mejia has given voice to the soul and mindset of the modern zookeeper. All the passion, turmoil, heartache, and conflict they experience, much of it kept internalized, are on every page of this book. This great work reads like a stolen peek into a zookeeper’s most personal diary."
— Steve Reichling, Ph.D., Curator of Reptiles, Memphis Zoo

"The Dragon Keeper is an excellent novel with real, imperfect characters, and I have added it to our 5 Star Reads."

A zookeeper fights to save the animal she loves, even as her own life crumbles around her...

Meg Yancy knows she may be overly attached to Jata, the Komodo dragon that has been in her care since it arrived at the zoo from Indonesia. Jata brings the exotic to Meg’s Minnesotan life: an ancient, predatory history and stories of escaping to freedom. A species that became endangered soon after being discovered, Komodos have a legacy of independence, something that Meg understands all too well. Meg has always been better able to relate to reptiles than to people, from her estranged father to her live-in boyfriend to the veterinarian who is more concerned with his career than with the animals’ lives.

Then one day, Meg makes an amazing discovery. Jata has produced viable eggs—without ever having had a mate. Faced with this rare phenomenon, Meg must now defend Jata’s hatchlings from the scientific, religious, and media forces that converge on the zoo to claim the miracle as their own.

Finally forced to deal with the very people she has avoided for so long, Meg discovers that opening herself up comes with its own complications. And as she fights to save the animal she loves from the consequences of its own miracle, she must learn to accept that in nature, as in life, not everything can be controlled.

Mindy Mejia’s gripping debut novel highlights the perils of captivity and the astonishing ways in which animals evolve.

"I don't cry very often, but I was in tears…Not only is this an affecting story—and it moves; it's really fast-paced—but also, [Mindy Mejia] is simply a beautiful writer."

"Mindy Mejia’s The Dragon Keeper is a layered and complex story…In this wonderful debut novel, Mejia captivates her readers with a story in which the fates of an exotic Indonesian dragon and a Minnesotan zookeeper are intertwined. She addresses themes of freedom, independence, wildness versus captivity, and the (im)possibility of any living thing ever being tame. The novel also delicately touches on the issues of 'miracles' and nature versus religion…A highly ambitious and complicated debut novel."

"Mejia beautifully tackles the subjects of animal captivity, endangered animals, human-animal connections, and even evolution. She manages to eloquently bring these subjects together in a realistic fashion while also unfolding a dramatic story. The amount of research that went into the novel is impressive and keeps the story grounded in science."

"In The Dragon Keeper, Mindy Mejia has created a story that is both very exotic and also speaks to an important ecological issue—how do we live with all the other beings that surround us on this lovely earth? Meg Yancy is a zookeeper and in charge of a female Komodo dragon. The dragon is about to give birth to babies—which is a miracle—since it is a virgin birth. In the media onslaught that ensues, Meg tries to find a way to protect the dragons and to live with herself in a world that seems intent on crushing the innocent. This is a thriller of the rarest form—one that touches both the mind and the heart. A wonderful read."

"The Dragon Keeper is an impressive debut novel, an ambitious tale of dangerous attachment that exposes the hidden world of the American zoo, a place of greed and hubris where the desire to protect and entertain collide with disastrous results. Mindy Mejia is a talent to watch."

"The Komodo dragon world that Mindy Mejia creates is an unforgettable world, and the feisty character of Meg Yancy, the dragon’s keeper, is an unforgettable character. I came away from this book with a deepened respect for the welfare of endangered species and with an eagerness to see more writing from this dazzling young talent. I don’t know how many terrific first novels are coming out this year, but this is certainly one of them!"

"Mindy Mejia's The Dragon Keeper is everything a smart, discerning reader could want: a well-drawn love story, an ecological fable, and a suspenseful thriller. Jata, the Komodo dragon, is a beautifully constructed and intriguing character in her own right—a model captive capable of becoming a deadly predator. The reader's loyalties to Jata and her keeper, Meg Yancy, will be tested again and again in this fine and riveting novel."

"Mindy Mejia’s debut novel, The Dragon Keeper, is a rare combination of suspense and eloquence. Factually precise and educational—providing scientific theory and research—while also creatively drawing on the moral issues that surround said research, Mejia has managed to produce a story that will leave the reader questioning everything they thought they knew about the animals held captive in zoos, and even more about the individuals whose duty it is to care for them."

"This is a skillfully, well researched story that will keep your attention from the very first page. The book will entertain you, but more importantly make you question the ethics of keeping animals in captivity … A stunning first novel by Mindy Mejia, this is well worth the read and would make for some interesting book club discussion."