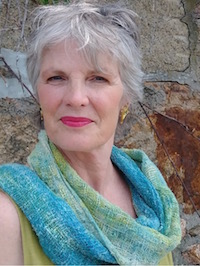 JoeAnn Hart is the author of the novel Float (Ashland Creek Press, 2013), a dark comedy about plastics in the ocean, and Addled (Little, Brown, 2007), a social satire. Her true-crime memoir will be published by the University of Iowa Press in 2019.

Her short fiction, essays, and articles have appeared in a wide variety of publications, including the Boston Globe Magazine, The Stamford Advocate, Design New England, Orion, Solstice, and the anthology Black Lives Have Always Mattered. She is the 2004 recipient of the PEN New England Discovery Award in Fiction.

Her work has been presented at the International Literature Festival Berlin 2017 and the European Association for the Study of Literature, Culture and Environment (EASLCE) Würzburg 2018. She lives in Gloucester, Massachusetts.