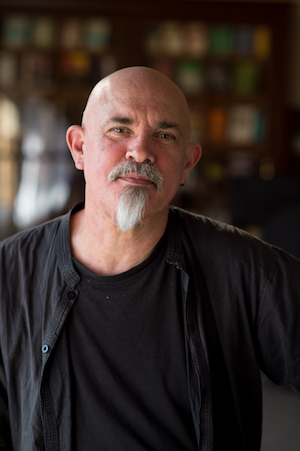 David G. Brooks is a poet, novelist, short-fiction writer, and essayist. He has taught literature at various Australian universities, and from 1999 until 2018 was co-editor of Southerly, the premier journal of Australian literature and new Australian writing.

Brooks’s work has been widely anthologized and translated, and has won or been shortlisted for numerous awards (the National Book Award, the NSW, WA and Queensland Premiers’ Awards, the Adelaide Festival Award, and an Australia Council Fellowship for his distinguished contribution to Australian and international literature, among others). His novel The Fern Tattoo was shortlisted for the Miles Franklin award, and The Sydney Morning Herald—which called Brooks “one of Australia’s most skilled, unusual and versatile writers”—described his poetry collection The Balcony as “an electric experience.”

Currently honorary associate professor in Australian literature at the University of Sydney, Brooks is a vegan and animal rights advocate, and lives in the Blue Mountains of New South Wales.

Learn about The Grass Library.